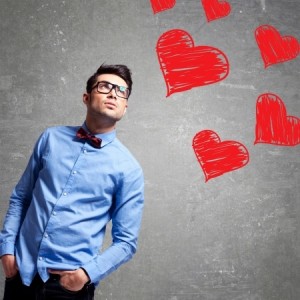 Romance…the word rolls off our tongue like a smooth pebble and hits the ground rolling. Sometimes it rolls a little too fast and we try chasing after it, but some of us don’t have the stamina or the luck. All we can really do is watch as it rolls off into the distance. For the vast majority of us who has seen that pebble of love roll off like that…well…it’s a little depressing and it makes us feel hopeless.

Look, I’m about to reveal a huge secret that might just rock your world and make you question everything you think you know. You ready? There’s a secret army in America, working in the shadows to make true love happen, an army of hopeless romantics – and while their numbers aren’t available, they are a lot larger than you or I could think. Are you a member of this coalition of the hopelessly willing? It’s not as bad as it sounds, as discussed in this Elite Daily article.

Dan Scotti writes, “Well, the hopeless romantic is no different from any other person with aspirations for a given circumstance, except, in their case, it’s love that’s desired. Hopeless romantics aren’t as much hopeless as they are, simply, hopeful. Personally, I don’t feel that people who keep faith in love are the ones whose futures look futile. They might get battered and bruised more than others, in an emotional sense, but that doesn’t mean they’re void of hope.”

Scotti argues that in the context of a hopeless romantic, hopeless doesn’t necessarily mean hopeless. Where some see hopeless, Scotti sees hope. After all, hopeless is a grim word, conjuring up feelings of depression and a lonely casket. It should never be paired with “romantic” or be associated with anything to do with the world of romance. Maybe it’s about time we take the word back, don’t you think?