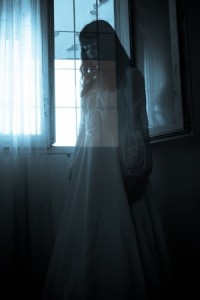 Breakups are tough; there is no way around that fact, but over the last decade or so, they have gotten exponentially tougher – and we can point the finger at one cause: the rapid rise in technology and social media. This makes sense, because when it comes to social media, your ex is somehow always in the picture and it is tough to know when it is time to cut the cord. You almost have to go through a second breakup, a digital breakup so to speak – and that can be nastier than the “real” breakup. It is dizzying to say the least.

Since relationships have evolved alongside technology, breakups have as well, which is why we have terms like “ghosting,” described by many as the ultimate silent treatment. “Ghosting” someone has been around for a while, but only with the advent of social media and texting has it taken on a more powerful new meaning, as if your entire existence becomes haunted. It is even affecting the posh celebrity crowd, as reported in The New York Times.

Valeriya Safronova writes, “It was not long ago that Sean Penn and Charlize Theron were a happy couple: appearing together at fashion shows and film festivals, hugging on the beach. Recently, though, it was reported that Ms. Theron had stopped responding to Mr. Penn’s calls and text messages. She was “ghosting” him.”

If an A-list celebrity like Sean Penn can be a victim of ghosting, anyone can, but you might be wondering what ghosting actually is. Well, it means your partner or your ex (it depends on the situation) simply stops responding to your texts, social media messages, or calls. It is as if they fell off the face of the planet. Certainly, this is no way to end a relationship, but it happens quite frequently nowadays. Many feel, and probably rightfully so, that technology has made all this worse.

Safronova adds, “Whether this behavior has become more predominant with the advent of technology is debatable, but perhaps now it stings more, since there are so many ways to see our beloved interacting with other people while ignoring you. The rise of apps like Tinder and Grindr, and the impression they give that there is always someone else – literally – around the corner, is certainly empowering to ghosts.”

A sad state of affairs when we have to ghost the ones we love or no longer love, but is that any way to treat a fellow human being? Why are we turning our passion into a haunted house where ghosts are always floating around you like sneeze particles? Has technology taken us down a road of death? Is there is no way to turn back? These are tough questions to answer, but it seems that technology has made the already-difficult world of relationships a little more difficult.