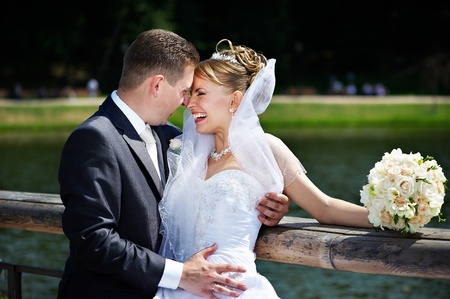 The media is constantly abuzz with celebrity news, and they love to talk about lavish wedding ceremonies in exotic locales. Too often, people hear about these stories and yearn for their own luxurious nuptials on the French Riviera or some other suitable locale. This is one reason why people feel so much pressure to put together a dream wedding.

In fact, spending big bucks on a massive ceremony and reception can actually negatively impact the relationship, which undermines the whole reason for the marriage ceremony in the first place. As this article published by The Wall Street Journal discusses, some leading economics researchers from universities here in our own city of Atlanta have weighed in on the situation.

Two professors from Emory University published a paper discussing the findings of a study in which they tracked wedding budgets and the records of the marriages that followed. On average, couples that spent more on their weddings got divorced more often than those who had a somewhat more austere ceremony.

Although the researchers define this as a correlation and haven’t found a direct link between expensive weddings and higher divorce rates, there are plenty of theories. When a large price tag for a wedding causes a financial strain on a relationship that can lead to undue stress and turbulence in the home. As the article points out, average wedding costs in the United States have skyrocketed while people aren’t earning much more from their salaries.

Planning a wedding that fits within a budget is not as hard as it sounds. Rabbi Lebow of Atlanta Jewish & Interfaith Weddings charges a reasonable rate for his wedding officiant services, and brings a great deal of fun energy to any nuptial ceremony. From traditional Jewish to interfaith to LGBT weddings, he can help a wide array of couples celebrate the tying of their marital bonds in front of their friends and families.