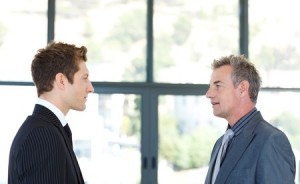 Marriage equality, unfortunately, is a hot button issue for many people in this country. In order to support or diminish the efforts of either pro-gay marriage advocates or traditionalists, there have been many studies coming out and floating in the social air. One such story was widely covered and reported on. You may have even read about it or seen it in the news. The study focused on the idea “that gay political canvassers could change conservative voters’ views on same-sex marriage,” as reported in The New York Times and other publications.

The premise behind the study is a simple one: to see if people’s attitudes regarding gay marriage would change after a 20-minute conversation. The study was prompted after Proposition 8 was passed in California, which banned same-sex marriage. Dave Fleischer, member of the Los Angeles LGBT Center, wanted to see how effective door-to-door campaigning would be. In other words, could gay canvassers and not straight ones affect the opinions of people against gay marriage by simply talking to them?

According to the study, yes – gay canvassers could bring about change by simply talking to people. That result made the newspaper rounds and voila, it became viral. However, that was not the case, as the study was later retracted due to lack of scientific proof. This announcement was met with disappointment, and rightfully so, but let’s not ignore the fact that the study highlighted an important and often-forgotten part of being human: the act of talking to your fellow man. That’s how true understanding is reached!