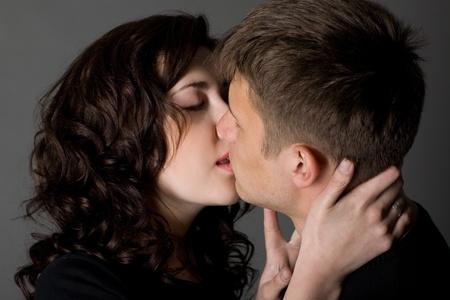 Can love save the world? It is a nice thought, one that humanity has been having since the dawn of time.

In other words, can love and passion connect people like never before or is that all a pipe dream brought about by movies or the naïve hope we have hidden under the floorboards of our minds and hearts?

Oscar Wilde sums it up nicely: “Keep love in your heart. A life without it is like a sunless garden when the flowers are dead.”

That might be the trick to saving the world. By keeping love in our hearts at all times, there is no chance that the world will be a sunless garden. At the very least, it might be sunnier although it still might have a couple dead flowers. Maybe we can use love to clean up the dead flowers. That was the goal of a recent viral video put out Time Out Tel Aviv.

The video depicts Israeli Jews and Arabs making out to make peace and is a response to the recent decision of Israel’s Ministry of Education to ban Borderlife, a novel about the love between an Israeli translator and a Palestinian artist. The Ministry’s decision has, expectedly so, rubbed many the wrong way, with Krithika Varagur of the Huffington Post believing the Israeli government is basically saying, “We can’t let impressionable teens read about Israeli-Palestinian relationships, because then they might go around falling in love with their fellow human beings and being insufficiently anxious about political institutions.”

Of course, there is nothing wrong with falling in love with someone different or being scared of governments, so Time Out Tel Aviv brought together couples, friends, strangers, and others to make out in front of the camera, the one catch being that each pair had to contain an Arab or a Jewish person. So far, the video has garnered more than 300,000 views. You can view it below.