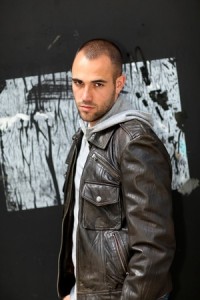 In our last post, I discussed the perils of being single during the holidays, which can be a stressful experience, more stressful perhaps than it needs to be. There is no reason to beat yourself up in terms of being single around the holidays. However, I understand that it is something that weighs heavy on your mind and heart. We are almost conditioned since birth to think that you should be with someone during the holidays. Who else are you supposed to bring to all those parties? All those gatherings? It would be unheard of to attend these things on your lonesome! I’m being facetious here, but you get the point.

Look, it’s not the end of the world if you’re single, but that isn’t stopping newspapers and cardiovascular think tanks from trying to determine the mystery behind love and what you’re doing wrong if you don’t have it, the latest being the Daily Mail. They have finally answered love’s most mysterious questions: why women love bad boys.

Cheyenne Macdonald writes, “People with pathological personality traits may have more success in securing long-term relationships. This is according to a recent study of nearly 1,000 heterosexual men and women who showed pathological tendencies such as neurotic behavior and impulsiveness. The study found that certain extremes were tied to success in romantic relationships.”

Hmm…when compiling a list of desirable traits in a partner, you wouldn’t think that neurotic behavior and impulsiveness would be at the top, but this study suggests otherwise. What is interesting, however, is that neurotic behavior and impulsiveness has strengths and weaknesses depending on the gender. Obsessive compulsive males, for example, are more successful at love. Obsessive compulsive females, on the other hand, are not. The same holds true for neurotic behavior. If you’re a neurotic male, good luck finding love, because the cards are stacked against you. If you’re a neurotic female, get used to swatting away potential partners, because neurosis in females is a desirable quality.

These traits might not seem desirable in today’s world, but we have an evolutionary attraction to traits that equal survival. It’s funny to think that falling in love might be out of your hands, that our ancestors wrote the handbook in DNA ink thousands of years ago – and if the statistics from the study are of any validity, bad boys who are obsessive compulsive will always be lucky in love. Macdonald writes, “While they [bad boys] are selfish, rule-breaking, imprudent and rebellious, they are also brace, temerarious, independent and self-reliant – they live frantic, galvanizing lives. This captivates many people. This desirability could also have an evolutionary basis.” 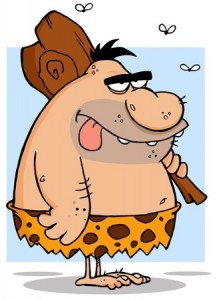 What Macdonald is saying is that bad boys are survivors. It’s that cut and dry. The world has always been a brutal place, brutal in different ways nowadays, but no less dangerous. We want to survive and will do anything to make that a reality. Since love, in an ideal universe, is the armor we wear to get through the daily grind, to protect us from whatever the universe throws at us. It makes sense then that when looking for a lover and soulmate we naturally gravitate to someone that will help us survive. The study of love is a strange one, but it’s always interesting. If you’re single during this holiday season, think of it in the following way: you just haven’t found someone yet who will help you survive better – and when you get down to brass tacks, isn’t that what we all really want?