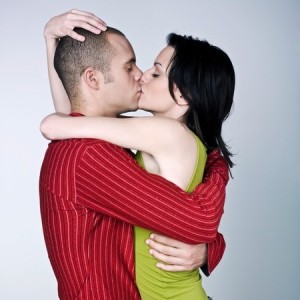 One of the most important parts in keeping a relationship strong and healthy is kissing. We’re not talking about full-blown making out, but rather lip-to-lip contact that strengthens intimacy and waters the romance garden. We hate to use such a cliché imagery to prove a point, but a garden overrun with flowers is one of the best images we can conjure up in regards to a healthy, passionate relationship. We’re not delusional about relationships though; we understand that sometimes the world siphons off all your energy so that every now and again two people might need a boost. In our opinion, that boost often comes in the form of kissing – a peck here and there can go a long way in recalibrating a relationship. There is, however, one problem: kissing has changed over the last few years, as discussed in The New York Times.

After experiencing a powerful kiss on a Birthright Israel trip that left her heart fluttering, her knees weak, and her nerves electrified, Emma Court writes, “Mass media has a fascination with hookup culture among people around my age (21) meriting in-depth investigations and contentious opining about what it all means. But they often miss a simple fact: There’s nothing particularly new about trying to avoid getting hurt.”

Court’s right; it’s not so much a hookup culture, but rather a culture of avoidance. Intimately kissing someone is quite the opposite of avoidance, which means that Court was uncomfortable by the close knitted connection that her kissing experience made her feel; it was not a hookup, but rather a spiritual transformation. Think of kissing as a kind of antidote for the poison of avoidance in this culture. Court sums it up best: “It’s just that my generation has turned this avoidance into a science, perfecting the separation of the physical from the emotional. We truncate whenever possible: texting over calling, meeting over apps rather than in person. We leave in the early morning without saying goodbye. Being casual is cooler than intimacy and vulnerability. Or so we think.”

The kissing supercharged Court’s idea of what intimacy actually means and changed the way she viewed relationships with the people around her. That’s the power of kissing; it manages to override avoidance and strengthen your connections with everyone. Imagine what kissing can do for your own relationship.