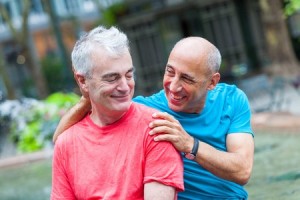 We did it! In a landmark decision that will surely change the face of these United States, the U.S. Supreme Court has legalized gay marriage. This means that gay marriage will be recognized in each and every state. At Atlanta Jewish & Interfaith Weddings, we couldn’t be happier. For decades I’ve been officiating same sex marriage because love is universal and everyone deserves a chance in exploring that wondrous land to the fullest.

Due to the life changing decision, people’s happiness were exploding into the streets, out of the cracks, into the interstates of social media, rolling down the information superhighway – #lovewins was trending everywhere, with even President Obama and the White House partaking in the celebration. No better did we see this than on Friday night when the White House was lit up in pride colors to celebrate the decision. Adorned in the colors of the rainbow, the White House suddenly became a symbol of love, a pillared version of an open heart in which everyone can walk in and feel loved. Isn’t that what America is all about? Isn’t that what the forefathers imagined when they broke away from that tyrannical crown?

Needless to say, this is exactly what America needs. It has been a rough time being an American. With all the inequality and violence sweeping the headlines, it’s nice to see something that lifts up the soul and makes the eyes water out of happiness. #lovewins needed to happen, because when #lovewins, we all win. 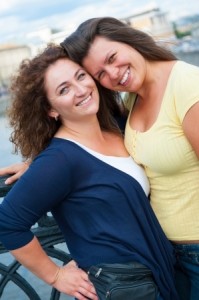 When you think of the Summer of Love, what do you think of – maybe the year 1967, when people from all walks of life converged onto San Francisco to celebrate life and love? While that was a momentous event in America’s history, representing a paradigm shift from the turtle necked fifties to the socially liberating sixties, and into the neon seventies, I don’t think we’ve seen anything yet. Given the Supreme Court’s decision regarding same-sex marriage, I believe that we’re truly entering a Summer of Love, the likes of which has never been seen in this country.

Now that gay marriage is recognized in every state of the union, people will be rushing to get married, to at long last solidify the feelings that have been in their hearts for years. With such momentum, love will be taken to new and exciting heights. Take, for example, this heartwarming story that was making the rounds on social media the other day. Jack Evans and George Harris, 85 yr old and 82 yr old respectively, were finally legally married after 54 years together. How beautiful  is that? They were also the first same-sex couple to be legally married in Dallas County.

Some of the comments on Facebook provide an almost-gospel for 2015’s Summer of Love. One comment, “how can anyone hate this, this is the cutest thing ever. these men loved each other way back when their love was forbidden.” Another, “AFTER 54 YEARS TOGETHER! JUST NOW being able to marry legally! God love them. And He DOES!” Another, “I don’t care if you’re two humans or two plants. If you’re still in love and together after 54 years you should be able to be legally married! I’m so glad they were able to make it happen before these two died of old age!”

Let the Summer of Love begin! It will be one for the record books.